Detroit fans have been spoiled rotten by Mike Ilitch‘s generosity with the Red Wings for 30 years and the Tigers for the past 20. But I thought even he’d reached his limit with the addition of Torii Hunter last month. And I’m so glad to be wrong. 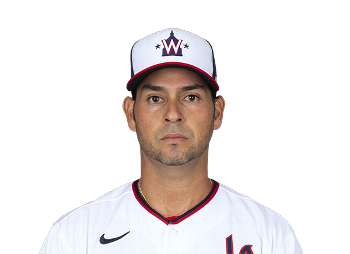 The re-signing of Anibal Sanchez – to a contact equal to Justin Verlander’s 2009 extension – is not only another indication of an owner’s urgent desire to win, it’s a reminder of how the Tigers have become a destination of choice for big-name players.

For a long time, the Tigers had to overpay any free agent with even a hint of interest in playing home games at Comerica Park:

Then the winning came and with it a reputation for being a great place to play. Victor Martinez, Prince Fielder and Hunter further proved that. And now with the re-signing of Sanchez, the Tigers must be considered a threat to add big names for big dollars every year. But back to Sanchez. He was the highest-profile Tigers free agent since, perhaps, Jack Morris in 1990. But unlike Sanchez, few expected Morris to bolt for his hometown Twins. (Juan Gonzalez doesn’t count; no one expected him to re-sign with the Tigers after the 2000 season. And thankfully he didn’t.)

With Sanchez sticking around to permanently replace Rick Porcello as the Tigers’ fourth starter, his impact on the rotation could be just as big as Hunter’s in the everyday lineup.

What Others Are Saying

If anything, this deal highlights the differences between operating a franchise that will spend money and one that either won’t or is limited by its market size. The Royals had to trade a premium prospect to acquire two years of Shields. The Tigers can just dip into owner Mike Ilitch’s wallet and sign a free agent — this offseason, Torii Hunter and now Sanchez. The Royals might think of themselves as playoff contenders,but this signing makes it a little less likely that will be the case. – Dave Schoenfield, ESPN.com “Sanchez signing makes Tigers clear favorite”.

Did the Tigers overpay for Sanchez? Something like that is somewhat relative. In a vacuum, yes, the Tigers are paying $16 million to a pitcher who, while productive, isn’t exactly great like his impressive paychecks will say he is. Was he the best available left on the market, though, and a pitcher who can help Detroit achieve their goal of winning a World Series before the Tigers as we know them scatter to the winds? That’s why they acquired Sanchez at last year’s deadline to begin with. Re-signing him is simply giving that plan another go, and it’s hard to blame them considering how close they were to getting it done on the first attempt. – Marc Normandin, SB Nation “Anibal Sanchez might be overpaid, but fits Tigers“

When the reclining Tigers finally sat up and took enough notice to get off their original four-year, $48 million offer, the Cubs almost got him. The Cubs still might have had him if they had been willing to enter a bidding war that would have saddled them with a potentially bad contract. – Gordon Wittenmyer, Chicago Sun Times “Tigers outbid Cubs for Anibal Sanchez — but it was close“

Some viewed the Tigers as an underachieving bunch, but that did not sway Tigers owner Mike Ilitch’s commitment to winning a World Series. Like he did last year with Prince Fielder, Ilitch swooped in at the last minute to re-sign Sanchez, which preserved one of the strongest pitching staffs in the league. – Jim Bowden, ESPN.com “The AL Central’s strong offseason“

[T]he Sanchez signing was essential to preserve the Tigers’ clearest advantage over their divisional foes — and potential October opponents. Detroit’s postseason rotation – Justin Verlander, Doug Fister, Sanchez and Max Scherzer — posted a 5-1 record and 1.02 ERA against Oakland and New York in the AL playoffs. And now no member of that group will be eligible for free agency until Verlander and Scherzer after the 2014 season. – Jon Paul Morosi, FoxSports.com “Sanchez signing gives Tigers an edge“

What do you think about the Sanchez contract?

2 thoughts on “Recapping the Return of Anibal Sanchez”